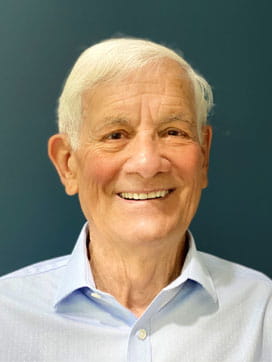 For more than 56 years Tony has worked to help his clients prosper and find balance in their lives with confidence in their money matters. That he has been a partner to many of his clients for over 30 years is a testament to his genuine personality, curiosity, sincerity and integrity – traits that have defined his career since he started in the profession in 1964.

Though recruited by Dean Witter and Merrill Lynch at the start of his career, Tony decided he did not want to move to Portland, Oregon, where those firms had branches. He wanted to be in a university town, and Harris, Upham and Co. with its Eugene branch fit the bill. In 1975, Tony moved to Foster & Marshall, Inc. as a regional branch manager, and for two years he was a member of its board of directors. The firm was purchased by Shearson Lehman, so Tony took a job at Dain Bosworth in 1981, where he worked four years as the Eugene branch manager.

Tony left Eugene in 1985 and moved to Tucson, Arizona, becoming a vice president of sales at E.F. Hutton. It, too, was purchased by Shearson Lehman in 1990. That’s when Tony found Raymond James, where he continues to help his clients find financial balance as they enjoy and rely on their life’s work and years of investing. In his practice, he has seen two clients live past 100 years.

As a young man, Tony was first attracted to financial advising as it would allow him to live where he wanted to live, to continuously learn new things, to have variety and change in his days, to make a good living and to be his own boss. He did not know what a financial advisor did when he was hired, but he knew it had the characteristics of his perfect profession. It ended up being the right choice and working with clients continues to bring him joy.

Civic service is important to Tony, who was a founder, member and president of the Eugene chapter of the Sertoma Club, a volunteer service organization. He was also a member and one-time president of the Oregon Club, a booster club for the Oregon Ducks at the University of Oregon, where he graduated from its business school with a Bachelor of Arts degree in marketing.

Tony grew up in Ontario, Oregon, and now lives in Show Low, Arizona. He enjoys traveling and learning the history of the places he visits. He is also fascinated with people’s names, what they mean, their heritage and etymology.

He and his wife, Melody, raised three boys: Wade, Mike and Scott.